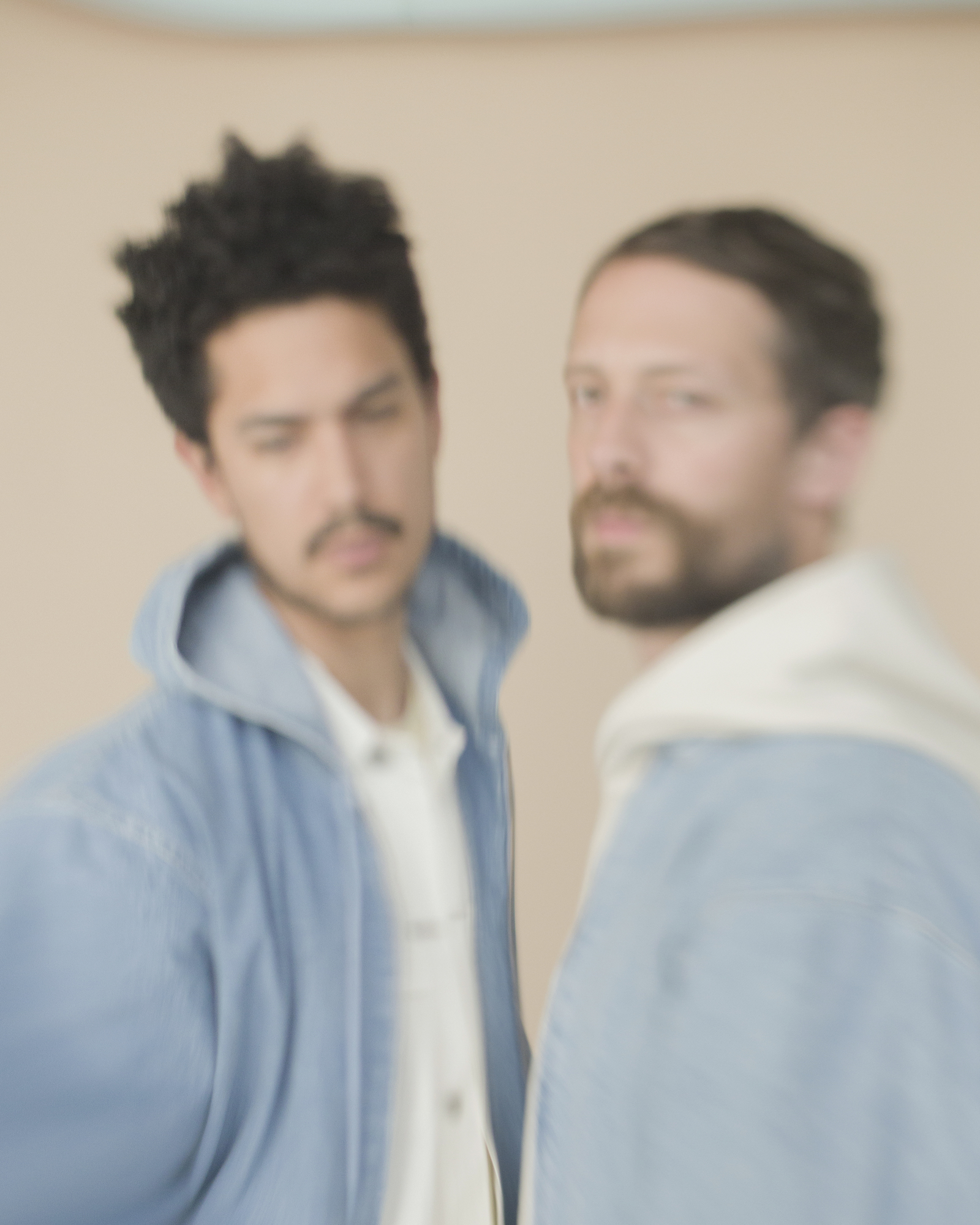 “...epic, rough-hewed emotional landscapes that surge and yearn, pulsing thickly with sun-streaked, blurry edges. It is body music — dance music — but it works subcutaneously, operating on the level of emotion and thought more than movement. " – The New York Times

“Somebody give The Blaze an Oscar already” – Fader

“Their lucid electronica dazzles – the perfect, stunning end to a festival [Primavera] live no other” – NME

“Another demonstration of their boundless ability to make carefully crafted and beautiful work.” – The Line of Best Fit


French duo The Blaze has released on sept 7 their debut album DANCEHALL on Animal 63 Records. Not be confused with the sound specific of the Jamaican genre, DANCEHALL is instead a tribute to the scene itself which originated in the 1940’s. The dance hall was created from a desire to simply come together and party, at a time when the only way to listen to your favourite artist was to come together in such a way. This was a place where people lived, loved and danced.

The Blaze are a French duo, consisting of cousins Guillaume and Jonathan Alric, both music producers and film directors. Their story began with their inaugural track, Virile, released in 2016 on Bromance records. The duo then went on to released their debut Territory EP in April 2017, and early 2018 Heaven, the first track and music video of their debut album, on Animal63.
Early September 2018, The Blaze shared the incredible video for their brand new single QUEENS.

This stirring new self-directed offering from the French cousins offers a sobering new insight into the world we live in today. As always, everything The Blaze create is open to total interpretation. The ambiguity of their music and film alike is arguably what makes the band so alluring, constantly launching the viewer high onto a bed of complex human emotions.

Live, The Blaze are simply put, outstanding. Having already played some of the world’s biggest festivals in 2018 - including Coachella, Primavera Sound, Parklife and many more… and Pitchfork Paris in 2017. The Blaze have also performed their first hard tickets tour North America (including sold out shows in New York – Knockdown Center and Montreal – MTELUS) fall 2018. The tour has followed a whole host of further huge UK & European festival appearances during the summer of 2019 and started their DJ set Tour in 2019 across the world.

In 2020, The Blaze have come back with a new track “Somewhere” featuring UK rapper Octavian and have already announced a series of DJ sets and shows.