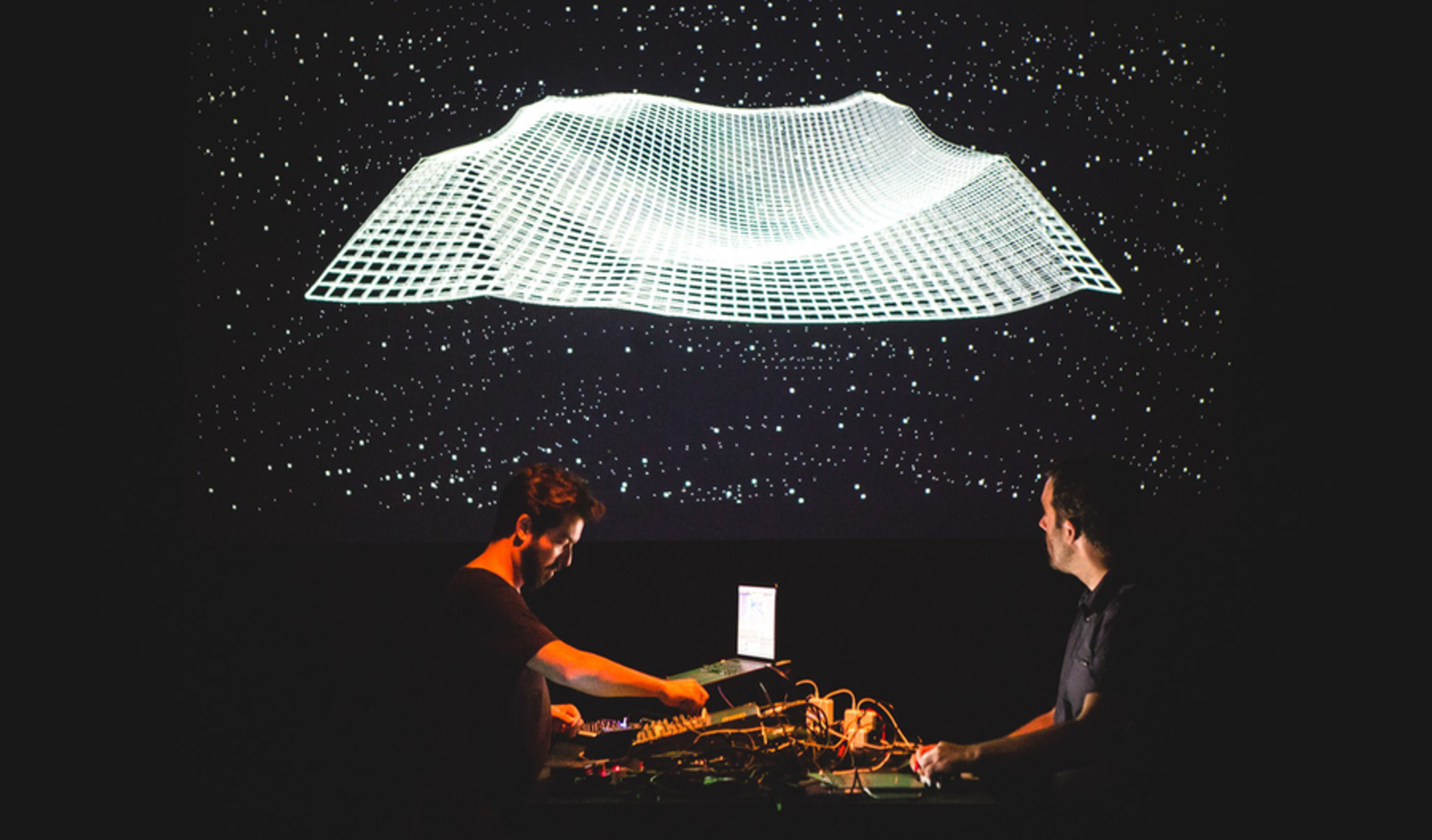 A quasar is an extremely luminous active galactic nucleus that it seems to be vanishing rapidly. Boris follows up his quest on exploring the vastness of the universe, and heads to the coordinates of the quasar WISE J1052+1519 in order to explore this event. The most recent data suggests that this phenomenon might be related to shape-shifting changes of the Quasar’s accretion disk, around the stellar supermassive black holes.

Boris Chimp 504 - Miguel Neto (Sound) and Rodrigo Carvalho (Visuals & Interactive Systems) - tells the tale of Boris 504, a chimpanzee sent to the moon by the soviets in 1969 getting stuck in space forever. Since then he has been exploring the space-time continuum, jumping between several dimensions of the universe. With this starting point, Miguel & Rodrigo have been exploring the relation between sound & image since 2010 mixing techno, psychedelia and noise, along with audio-reactive visuals generated in real time, creating an immersive voyage strongly influenced by science fiction, interspersing with the most current scientific discoveries and merging reality and fiction into a narrative of its own.