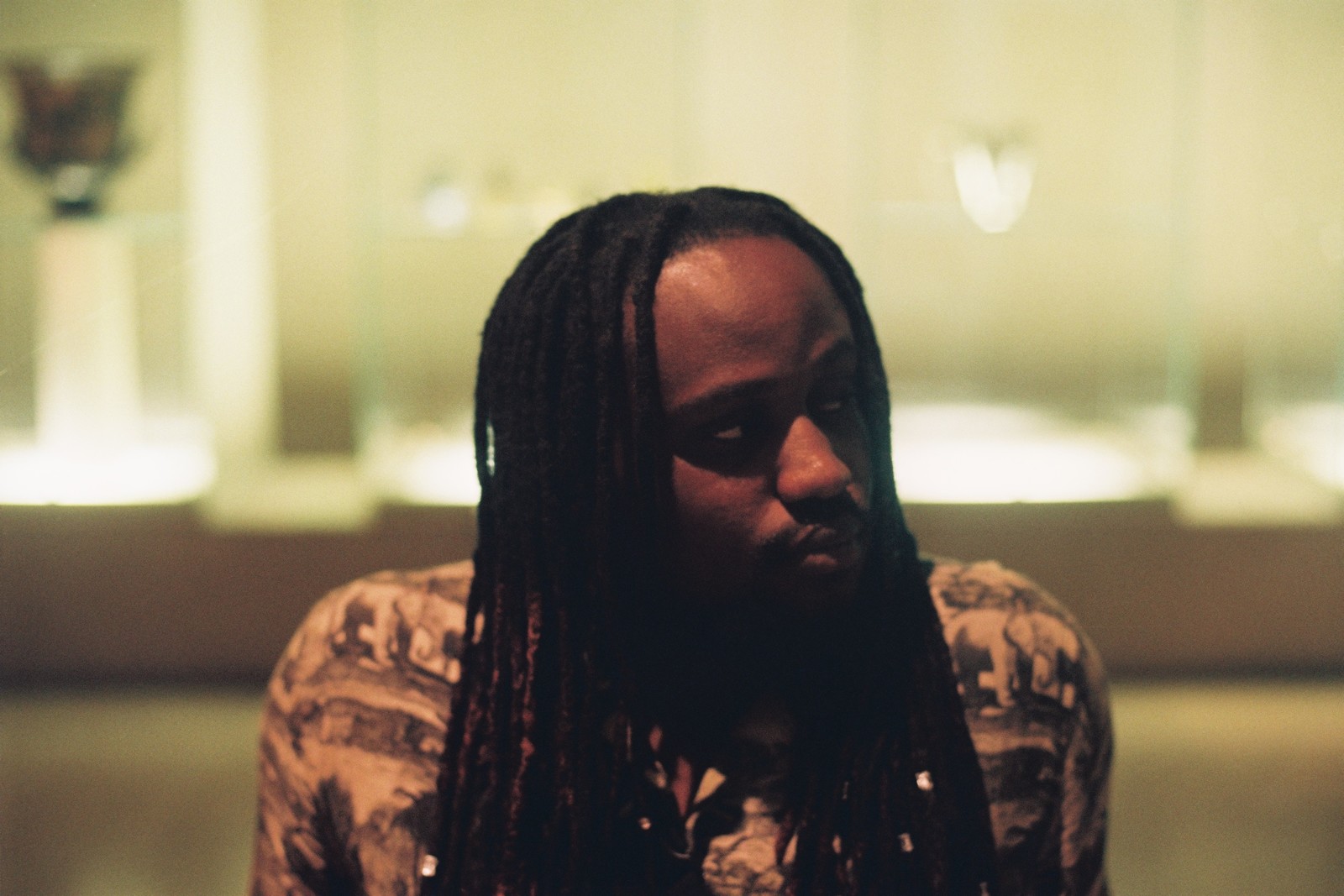 With his 'O Meu Estilo' 12'' EP debut release in 2013, DJ Nigga Fox crashed the gates with his visionary music as part of Lisbon's Principe Discos crew who have been showing an exciting youth and sonic culture nurtured out of the Portuguese capital urban and suburban areas into a EU widespread diaspora. His follow up on Príncipe in 2015, the extraordinary and next level 12'' EP entitled "Noite e Dia", had Resident Advisor praising "the four tracks [of the EP] are so bizarre and delirious they're almost
intimidating, and yet they're exuberant in a way that could liberate dance floors." In early 2017 he followed with the one sided 12'' "15 Barras", a soundtrack to an unrealized collaborative installation. The long form composition in it is a four-part movement of virulent acid, screeing strings and crowd noise unfolding over a seamless 15 minute arrangement, pushing his music to new conceptual limits. ‘Crânio’, his debut on Warp Records arrived in 2018. Six tracks of shapeshifting dancefloor psychedelia, or as Phil Sherburne aptly introduced it for his Pitchfork review "for his first release on Warp, the batida and electronic musician puts forth his own meticulous, otherworldly sound and reconnects with the avant-dance spirit of the label’s early years." In late 2019 Príncipe published the supreme 'Cartas na Manga', his first proper full length. Beyond notions of history and African culture in Portugal and Europe, how it breathes and transforms that which is still from the streets, what the Algorithm rules and the State legislates, his is a work that is the fruit of his genuine gesture as a composer and producer, renewing time and time again the pleasure of free crossbreeding rhythm & sound. By Summer 2020 live gigs were all but terminated but Nigga Fox was feeling countercyclical. He began morphing his set into a nonstop organic entity rather independent from the actual existence of a dancefloor. He actually performed it live on two most rare occasions in Lisbon before year's end - an outdoor Príncipe showcase at the garden of Galeria Quadrum and an evening show at Lux Frágil - and had Príncipe release in the Spring of 2021 the live recorded cassette "Live Nigginha Fox", containing the material he has composed and been enthusiastically performing live.