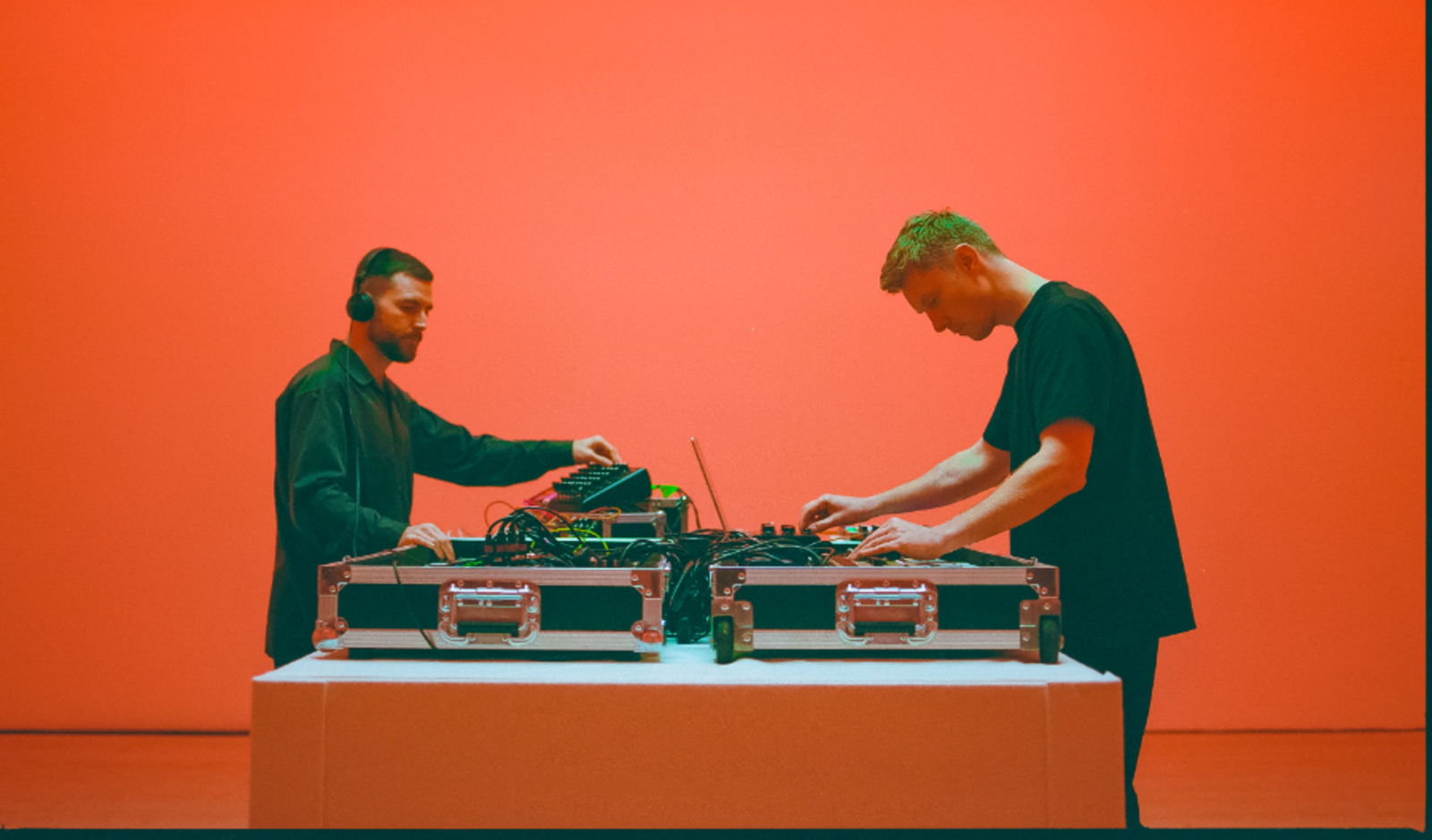 Matt McBriar and Andy Ferguson were born and raised in Belfast, but it was London’s cultural diversity that introduced them to r  the sounds of Detroit, Delhi, Durban and Derby, which ultimately moulded their sound. These influences are perceivable in their self-titled debut album, released by Ninja Tune in 2017, which c, and voted album of the year by various t publications. Next came ‘Isles’, also released in 2021 , with a more melancholic and introspective mood. According to the duo, this album stems from a different perspective, with music rooted in the underground clubbing culture and exploring the realms of drum&bass, house, techno and UK garage. Nominated for two Brit Awards, ‘Isles’ will be the basis of their live act at Sónar Lisboa 2022, a performance conceived for big stages and enthusiastic audiences.